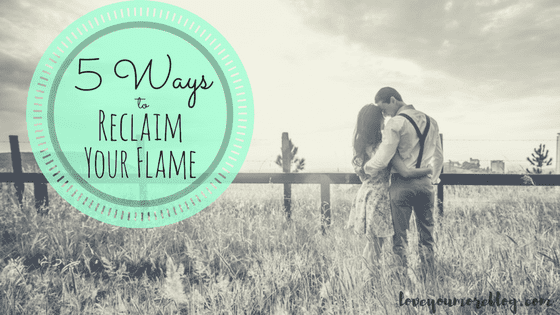 There is no doubt that mommin’ can make us tired, y’all…We share so many memes that make us giggle based on this universal truth…like this one… 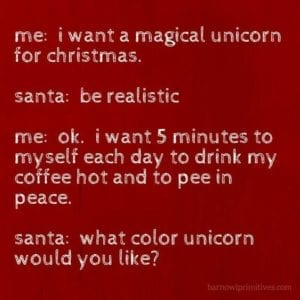 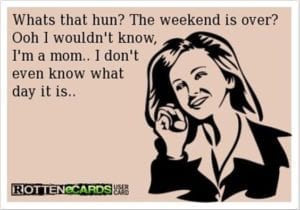 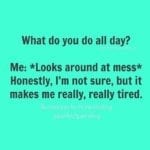 Yep, marriage and motherhood can make even the brightest and most fun-filled woman dull with time.

And, though it does provide us with some killer humor, let’s just admit it: It can also be hell on our relationships.

No one ever told us that once we committed to one man and performed the beautiful act of bringing children into the world, that we would dampen the once inextinguishable fires that raged.

I mean, I suppose there have been whispers…Rumors amongst women about how, once married, men are no longer princes, but instead, selfish, uninvolved jerks.  While similar rumors swirled amongst men that said women, once wives, became awful, nagging shrews.

But amidst all these whispers, very few people have set out to uncover the “whys” that spawn these assumptions.

Well, today I’m digging into this and before we reach the end, I’m going to give you 5 ways to RECLAIM YOUR FLAME and SET YOUR MARRIAGE ABLAZE.

Because no matter how cold the night seems, a little spark can quickly rekindle things. 🙂

Well, are you ready?

Then let’s get down to it.

First, I want you to think of a time when you were your ideal self… When you were fun and free and energized and happy…

Do you remember that girl?

That part of you, that forgotten goddess, has been tucked away because when you have a family, you don’t have time for the things she values anymore.

But when she was free, she was inviting and alluring.  She was exciting and adventurous.  She was that indescribable part of your being that likely attracted your husband to you in the first place.

The problem is, most of us have locked her in her room and told her we no longer have time for fun.

I mean, who are we kidding?  Between managing a home, juggling a career and raising kids…who has time for anything else???

So we fight to tame her into submission. We shackle her and tell her to pipe down while we go about living the life of the dutiful wife and mother, all the while losing the part of us which once inspired a great pursuit.

And then something happens that shouldn’t be a surprise.  The man that once chased after us and pined over us and romanced us, seems to have completely forgotten about us.

As women, we say things like, “I feel like once he caught me, the chase was over.”

We feel forgotten…like we were part of some sort of bait and switch.  We were promised an amazing love story, but instead got duped into 90 loads of laundry a week, nights in front of the tv, and very little adventure.

But what if we weren’t tricked?

What if the men in our lives aren’t ignorant, selfish pigs who are only interested when they need something from us?

What if, instead, they are responding to what we do?

What if their lack of chase is the result of us locking away the allure that once drew them to us?

When I first discovered this idea, it was as if the light had been turned on in a dark room.

I realized that as women, we spend a lot of time blaming men for not being who they promised to be, when, in fact, we have also pulled a switcheroo.

And instead of finding the root of the problem, both sides have decided to settle, saying “this is just how it goes.”  Then we grow bitter and slap each other with harmful labels.

Now, if you are still reading this and nodding your head feverishly in agreement wondering what you can do to fix things, I’m about to tell you.

And if you’re reading this thinking, Nah, things here are still hot, then congratulations!

No matter which camp you’re currently in, I promise that if you do the 5 things that I’m about to tell you, then you won’t ever have to worry about losing your flame again.  You will SET YOUR MARRIAGE ABLAZE.

Allow yourself to go knock on her door.  Free her.  Laugh with him, listen when he talks, smile at him, be playful.

Remember the woman you thought of earlier? Rediscover her.  And when you do, don’t be surprised when the chase is back on.

We don’t ever want that to end.  So don’t stop doing the things that make it happen.

I used to do this thing where I’d get so mad because Matt didn’t inherently know what I wanted him to do.  I’d drop hints and expect him to pick them up…I’d say subtle things hoping that he’d read my mind and automatically know what I was feeling.  The problem was, he didn’t.

Nope, despite what we desperately want, they cannot read our minds.  We have to actually tell them what we want and how we feel…in real words…that actually speak what we want them to know.  They aren’t dumb, but they also aren’t psychic.

I remember times early in our relationship when we’d have an argument.  I’d get so angry and say, “Ugggghhhhh!  I’m leaving!!”  Of course, in my mind, this was his cue to prove that he still wanted me…that he cared for me…that he loved me.  Because if he truly loved me, he’d follow me out the door and fix it right then (thank you, every romantic comedy for setting all women up with unrealistic expectations and all men up for failure).

Meanwhile, in his mind he thought, She is mad now, but she will get un-mad and be back later. It will all be okay.

I’m sure that if you are a woman reading this, you know that I did not get un-mad very quickly. You understand that I got even angrier with him because he didn’t chase me! The NERVE! (But of course I wouldn’t tell him that…I’d just think, you’re supposed to know to chase me, you big dummy.)

I finally realized what I am sharing with you.  I learned that men and women do not communicate in the same ways.  Men do not pick up on our subtleties.  We really have to spell it out for them.  Don’t get me wrong, this is not a weakness.  It is a difference in design…One we must recognize if we want to avoid mass chaos in our relationships.

You see, men don’t like to lose (I’m sure we all already knew that.).  So, they will only play the game that they are sure they will win.

When we leave it to them to guess what we need, we set them up for failure.  They understand this uncertainty and will not even try.

But when we choose to communicate our needs clearly instead of expecting them to read our minds, we give them the information they need to be successful.

And a man who is confident that he can win will play the game often.

So forget the guessing game, and tell him what you need.

Make an effort to recognize when you get angry with your spouse about something.  Then ask yourself this question: “Did I make my needs clear?”

One thing is for sure:  A tired woman is not a fun woman.  So make sure that you are getting enough rest.

So give yourself a bedtime, and stick to it.

Well, I hope I didn’t just lose everyone…  Haha!

Seriously, I love my as much as the next momma, but something magical happens when I ditch the yoga pants and hoodie and wear something that makes me feel attractive.

Remember when you used to take your time getting ready for a date…you know before you were married with kids??  🙂

Take time to pull out those old tricks.

Now, I’m not saying that you have to dress up like you are going out on the town every single day…but I am saying that if you take the time to make yourself feel good about the way you look, you will be more attractive to others.  And you’ll feel dang good about yourself, too.

Last week, I went into detail about how, as women, we can wear ourselves out by tending to everyone else’s needs while neglecting our own.  The last tip that I am going to share with you today is to take care of yourself.

Make sure to read last week’s post HERE.  You can also take it a step further by downloading my FREE Self-Care Workbook HERE.

Repeat after me: Taking care of myself is not selfish, it is necessary.

I say it a lot around here:  You can’t pour from an empty cup.  So fill yourself first and you’ll have plenty to pour into your spouse (and everyone else, too).

When you decide that things don’t have to cool off just because “that’s the way it is” you will bring new life to your relationship.  And when you take these 5 steps, I promise, you won’t ever complain about the chase ending again.

You deserve greatness.  You deserve to be pursued.  And your husband deserves something worthy of a chase.  Don’t believe anything else.

I’d love to hear from your in the comments! 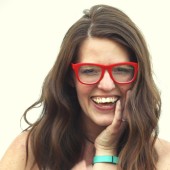 How to Get Your Husband to Listen When You Talk 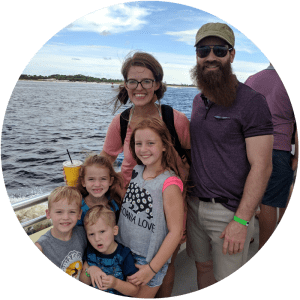 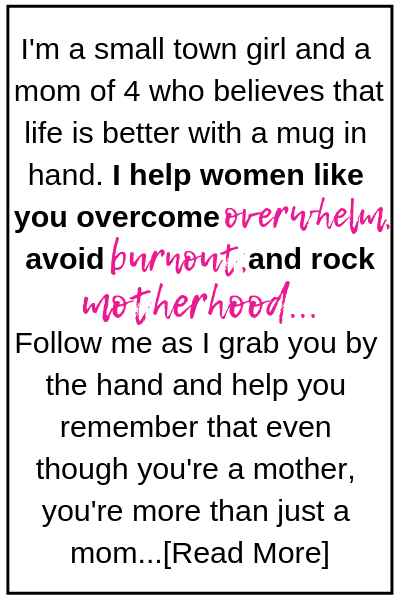